The diagnosis with GPA can be shock – speaking to others, who have gone through the same can help to take away uncertainty and fear. But since GPA is a rare disease it can be quite difficult to find such a person. This is why we asked Iris Andresen, a patient who got her diagnosis when she was 25, to write about her experiences and her life with GPA.

Report how to live with GPA

Iris Andresen, 28, is a real sufferer of GPA and kindly tells the story about her life with the disease. All medical terms used in the text are explained in the “Disease” section.

my name is Iris Andresen and I´m 28 years old. Three years ago, after an odyssey from doctor to doctor, I was diagnosed with Granulomatosis with Polyangiitis (GPA), commonly known as Morbus Wegener.

For me it all started with a constantly clogged nose and a painfully swollen and flushed eye. At first I thought I had caught a terrible flu, but there were no signs of improvement. When I initially received the diagnosis I was thunderstruck. I had no idea what an autoimmune-disease is and how it would affect my life. I assume this is similar to your experience, when you first heard your doctor tell you this.To be blunt: GPA is a very serious disease and requires intensive medical support, early and consequent therapy and competent care by specialized experts.

But the disease has, through newly developed medication, lost its scare. With these drugs one can have a fairly normal life. It also was very important to me, not just to take my drugs, but also to fully understand my disease, to question and learn as much as possible.
I also learned that the disease made me less loadable, that I need more rest and that I have to say “no” more often.

The disease began insidiously with nose that was either clogged for weeks or bleeding. Additionally, my right eye was flushed and watery. At times it also was so photosensitive that I had to wear an eye-patch. My knees and wrists were aching and I could not grab properly. I also was constantly tired, unmotivated and exhausted.

Three months later the second thrust hit me, which again brought me an ever-clogged nose, just this time in combination with a strong and bloody crust inside. It also started to hurt in my chest, a pungent and constant pain, especially when breathing in or sneezing. And I got an ugly cough which was especially bad during the night which deprived me of my sleep.
To make matters worse I also had earache, a tinnitus and a sudden loss of hearing on the right side, while the left ear felt like it was under water.
The worst part for me was the pain: the sore eye I could not hold open, the bloody sniff and the stiff in my chest due to the cough.

I thought that I had caught a bad flu but since neither antibiotics nor nose ointments did help the otorhinolaryngologist made blood count. This showed extremely high ANCA-results, which are an indicator for an infection. Therefore I was sent to a specialist, a rheumatologist, who diagnosed me with Granulomatosis with Polyangiitis. It took almost a year until I received the right diagnosis.

After the first thrust of disease I took cortisone in combination with Methtrexat (MTX). Two weeks after I dropped MTX the second thrust hit me, this time also my lungs were affected. Then they gave me Cyclophosphamid, which did not help initially: The computed tomography showed a clear worsening of my lungs, and my ANCA-results were as high as ever. By then I was given Rituximab, a biological.

I hope my report told you a bit about GPA. Try to understand this disease. This will help you to be a partner of your doctor, so you can take some responsibility in the fight against your disease.

And I assume that you can see: an active live with GPA is very much possible – due to the most modern medication and therapy, most patients can hold the disease under control. This might not happen overnight, but in a long and tedious process. So it requires patience and the ability to bear setbacks, time and time again. 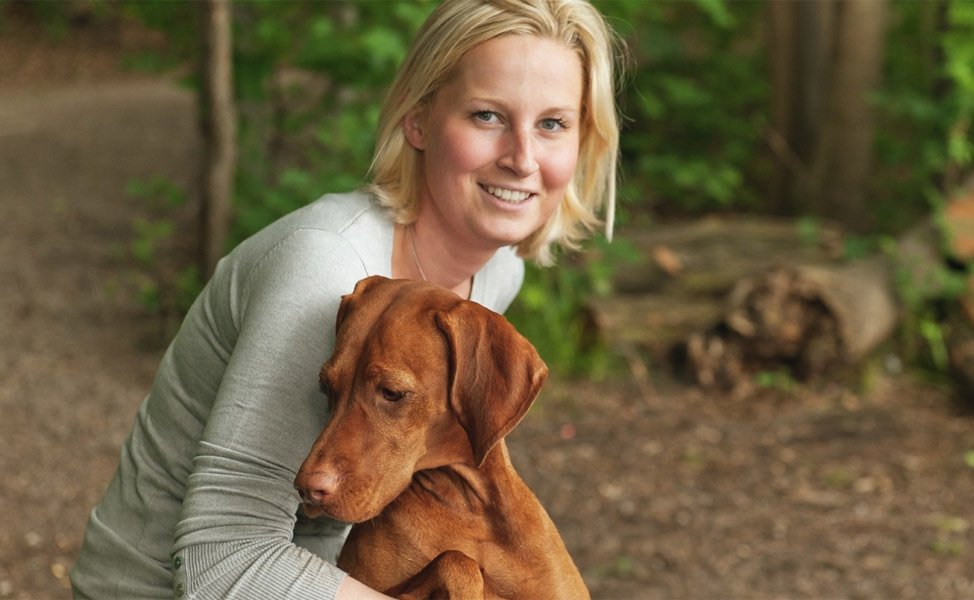 Iris Andresen (pictured) now has her life – and the disease – under control again and lives a fairly normal life.

I wish you all the best in your fight against GPA, and I wish that you very soon can say again: I feel no pain, I am fine, and I live just like before this struggle, just more conscious than before.

Are you affected – a patient or a relative – and are you willing to share your story with other affected people? Then write us. Your story could encourage others!